- The History of the Mendicant Orders in Medieval Scandinavia

(a continuation of Centre for Dominican Studies of Dacia) 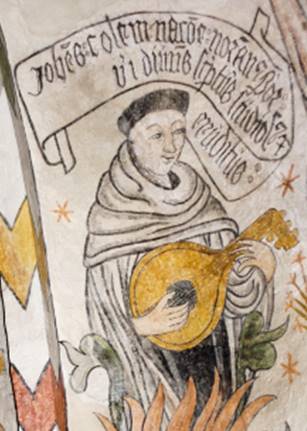 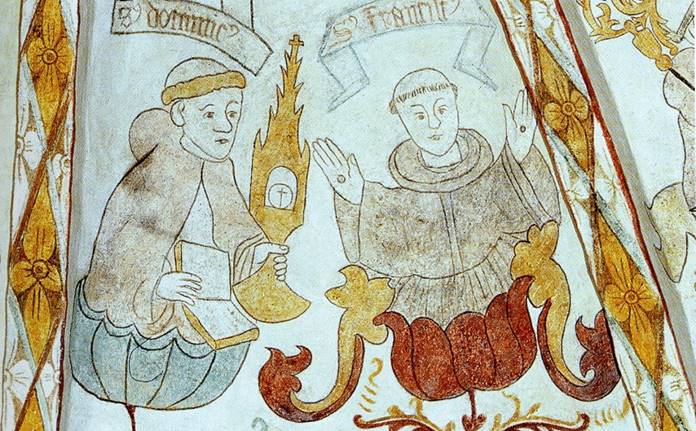 Three mendicant orders were present in medieval Scandinavia. The first Friars Preachers (Dominicans, Blackfriars) arrived in 1220, the first Friars Minor (Franciscans, Greyfriars) followed in 1232, and finally the Carmelites (Whitefriars) joined in from 1410; attempts of the Augustinian Hermits to settle in Scandinavia in the 14th century never succeeded. In total, 96 mendicant convents were established in the three Scandinavian kingdoms, which for all three orders were chosen to constitute a regional province within the orders. And in all three cases, this northernmost province was named Dacia. The Dominican province of Dacia saw the foundation of 35 convents (31 male and 4 female); the Franciscan province of Dacia counted 52 convents (48 male and 4 female); and the Carmelite province of Dacia came to consist of 9 convents (all male). Their history in medieval Scandinavia ended with the Protestant Reformation in the 1520-30s, which led to the dissolution of all mendicant convents.

The Centre for Mendicant Studies of Dacia is devoted to studies of the history of the mendicant orders in medieval Scandinavia. The centre is neither a physical institution by itself nor an organizational unit within a larger academic construction. It may best be described as an ever-changing network of scholars with a common interest in medieval mendicant history and a wish to share collected knowledge and source insight between each other and to all others possibly interested. The centre administrator is Johnny Grandjean Gøgsig Jakobsen, currently based at the University of Copenhagen, who launched it as Centre for Dominican Studies of Dacia in 2005, extending its reach to all three mendicant orders in 2022 as the continuation Centre for Mendicant Studies of Dacia (CMSD).

The CMSD’s most physical form is the present website (www.jggj.dk/CMSD.htm). The website informs of new initiatives (publications, conferences, seminars, etc.) on medieval mendicant history within the Scandinavian region (incl. Tallinn, Estonia, in terms of the Dominicans). It provides bibliographies of existing literature of relevance to the centre’s research focus, when possible with links to open online versions, and to some extent such open-source publications are published directly by the centre itself. Finally, electronic transcripts of all kinds of written source material with relevance to the topic are made accessible from the centre’s website, in a continuously growing number. Due to the centre’s initial focus on the Dominican Order, a bias towards this order will be evident in the available material, but eventually this will change for a more equal orientation. All of it with the hope of hereby promoting more studies in the history of the mendicant orders in medieval Scandinavia.