Collected and edited by J.G.G. Jakobsen, Centre for Dominican Studies of Dacia, 2016 ff. 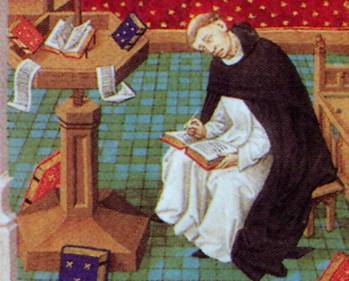 Ex Diplomatarium Ordinis Predicatorum (ExDOP) is a web-published collection of full-text transcripts of diplomas concerning the Order of Preachers in medieval Europe. Obviously, the aim is not to present all such diplomas, only to offer easier access to a few chosen cases, which have been of special interest to me in my studies of the Dominican Order in the Middle Ages. The ExDOP only includes diplomas concerning other Dominican provinces than that of Dacia (i.e. Scandinavia and northern Estonia), as the Dacian material is web-published separately in the Diplomatarium OP Dacie (DOPD). The ExDOP has been launched in September 2016 and is intended to include texts from all non-Dacian diplomas referred to in my future articles concerning the Friars Preachers. Since my studies mainly concern the northern provinces of the Order, the ExDOP will predominantly include material from the provinces of Anglia, Francia, Saxonia, Teutonia, Hungaria, Bohemia and Polonia.

Access to each diploma transcript is provided from hyperlinks in the chronological index below.

1232-05-12       Pope Gregory IX enjoins the Dominican prior provincial of Polonia to report on the conditions for the Catholic clergy working in Ruthenia.

1233-02-24       Pope Gregory IX enjoins the Dominican prior provincial of Polonia to promulgate the need of avoiding mixed Catholic-Orthodox marriages in Ruthenia.

1233-03-15       Pope Gregory IX authorizes the Dominican prior provincial of Polonia and the Friars Preachers working in Russia to grant indulgence and absolution.

1234-05-12       Pope Gregory IX grants special privileges to the Friars Preachers working in Ruthenia (prov. Polonia) due to their difficult conditions.

1234-09-08       Bishop Nikolaus of Riga donates a house in Riga (prov. Teutonia) to the Friars Preachers in the hope that they will continue help rooting Christianity in Livonia.

1238-01-13       Landmeister Hermann Balk of the Teutonic Order donates a site in Elbląg (prov. Polonia) for the foundation of a Dominican convent.

1242-03-17       Legate William of Modena states that the Friars Preachers in Elbląg (prov. Polonia) are to assist with the mission to the Prussians.

1251-03-07       Pope Innocent IV enjoins the Friars Preachers (in prov. Dacia, Polonia and Teutonia) to collect money in support of the Livonian crusade.

1311-02-17       Pope Clement V urges the Archbishop of Riga to found convents of Friars Minor and -Preachers in every town of Livonia (prov. Saxonia).

1312-05-23       Prior Daniel of the Friars Preachers in Tartu (prov. Saxonia) testifies to the misdeeds performed by the Teutonic Order in Livonia.

1336-11-15       Bishop Engelbert of Tartu prohibits the Teutonic Order from harassing Friars Preachers and -Minor in their mission to the Livonians (prov. Saxonia).